The One and Only One for You

Towards the end of 1985 a plan to group ILR stations together and BBC local stations together meant a change in the FM frequency. 96.6 became 96.4 FM. New jingles followed (again by Alfasound) and this time sung with American singers (a mixture of some of the usual Jam and TM Century singers).

Click below for the first programme guide or the County Sound newspaper from 1986:

Click below for the County Sound/Radio Mercury launch leaflets.

Click below for a programme guide from around the same time. 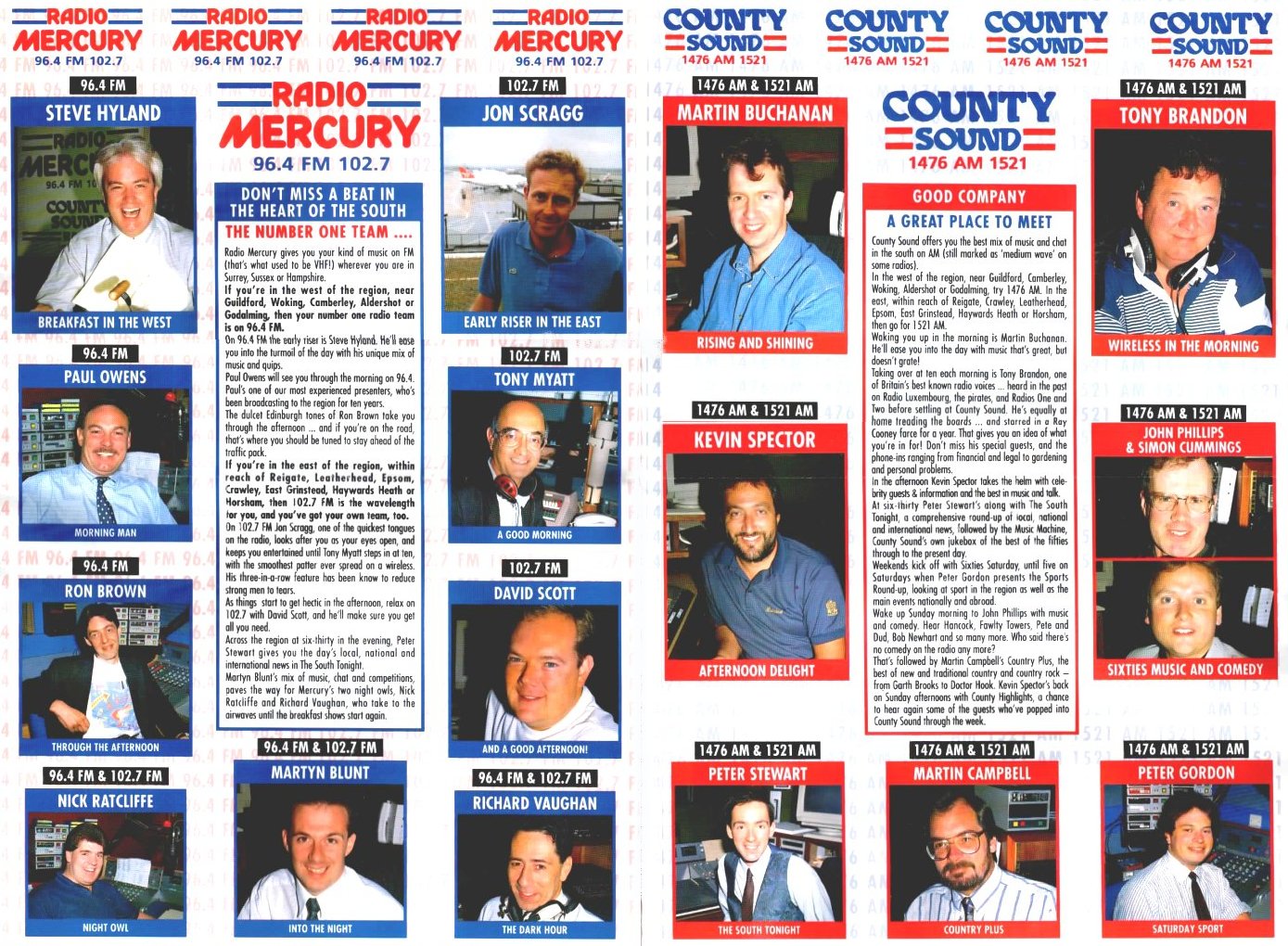 After a while the County Sound name was dropped completely and became Mercury Extra. At this time some of the old County Sound staff left to set up Pirate FM as part of the UKRD group with Mike Powell's company, Infinity.

In 1995 the license for the Guildford area franchise was to be renewed. A subsidiary of UKRD won back the license from Allied/Mercury. It was a relief to hear County Sound back on the air and it sounded the same as before the merge! Temporarily the same service could be heard on all frequencies and was called County Sound. A few months later the FM service was re-launched as 96.4 The Eagle (the name Premier Radio had since been used for a Christian AM station) and County Sound stayed on AM. Delta Radio was also reopened as that was shut down during the merge with Mercury.

County Sound and 96.4 The Eagle moved from The Friary shopping centre to new headquarters at Dolphin House, North Street, Guildford. Delta Radio merged with Wey Valley Radio and became Delta FM. County Sound 1476AM moved frequency to 1566AM in 1999 and Delta FM merged with Kestrel FM in 2010. On the 2nd of April 2012 County Sound 1566AM became Eagle Extra. Kestrel FM Haslemere joined the Breeze network on the 16 December 2012. In December 2014 the Eagle Extra licence was sold to Premier Christian Radio and now relays their London service.

In 2019 Bauer Media acquired UKRD (Eagle Radio's parent company). The station was re-branded as Greatest Hits Radio on the 1st of September 2020.

Check out the excellent History of Independent Local Radio group on Facebook here.